School of Arts and Social Sciences 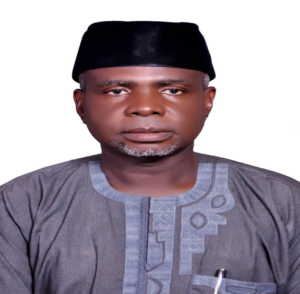 In 1975, the first batch of students admitted into the college reported in November, 1975 (for 1975/76 session). In 1983, the College was upgraded to the status of College of Education by the defunct civilian government in the second republic through the Niger State Edict NSLN Number 3. With this development, the status and nomenclature of the principal of the college was changed to Provost” and the Administrative Secretary to the Registrar.

By the 1979/80 Academic session many more departments had been established, therefore for effective and easy co-ordination, the college authority deemed it necessary to decentralize academic management into four, schools or divisions. The activities of the four schools were co-ordinated by the Divisional Head. The chain of structural responsibility started from the student, through the staff and academic department.

The following subject combinations were available at NCE level in School of Arts and Social Sciences.

The Departments were later grouped into Academic divisions with Divisional Head. There were four (4) divisions in 1982; and by 1983, Vocational and Technical Education were added as the fifth division. The sixth division that came up was the preliminary science which was not run at the NCE programme.

As a result of the upgrade of the College status to a degree awarding institution, there was a change in nomenclature at the beginning of the 1984/85 academic session from Divisional Heads to the status of Deans and Directors.

The following were the available divisions:

In addition, during the 1982/83 academic session, the Technical and Vocational Education division was created in anticipation of the 6-3-3-4 education system. This comprised of Business

By 1985, the (5) five division (new schools) and their compositions as mentioned above remain the same. The change in the nomenclature from divisions to schools came into being when the National Commission for College of Education (NCCE) formally created the schools

Since the creation of School of Art and Social Sciences, fourteen (14) Deans have occupied this prestigious office to date, as indicated below

Deans of School of Arts and Social Sciences

Man, his complex nature and the increasingly more complex society in which the lives, and his relationship with the metaphysical world (expressed in myths and religions) have been interesting subjects for investigation by scholars. Using various instruments (qualitative and quantitative , or a combination of both), the Arts and Social Sciences disciplines have sought to answer the basic questions concerning man, his society and his relationship with the metaphysical world. The NCE Arts and Social Sciences programmes seek to draw the teacher and his student into a mutual dialogue about their collective realities.